Increase the efficiency and productivity of your entire operation by leveling your jobsites and haul roads with the 1242 and 1642 Speed Blade from ICON.

The Next Level of Jobsite Productivity

Looking to create a jobsite environment that allows earthmoving equipment to perform at its maximum capacity and fuel efficiency? The 1242 & 1642 Speed Blade from ICON takes jobsite productivity to the next level.

The Speed Blade is able to smooth and firmly pack haul roads; tire ruts and holes are filled in allowing earthmoving equipment to run at max speeds between loading and unloading material. Drivers experience less fatigue and there is less stress put on the earthmoving equipment.

The Speed Blade is also capable of ‘sealing’ a jobsite before an expected rain. By running the Speed Blade at a shallow working depth and firmly packing the soil, water will run off the jobsite rather than soak in. Earthmoving equipment operators are able to return to work much quicker after the rain has passed.

The 1242 & 1642 Speed Blades are equipped with a replaceable 6” cutting edge on the 42” high bowl. Up to 7.25 yards of material can be moved; maximum cutting depth is 6”. The drum has a capacity of up to 1,000 gallons; the extra weight further enhances the leveling and packing ability. Optional transport lift wheels allow a contractor to cross a road without having to load the unit back on a trailer to get to the other side of a highway. These tires flip out of the way for loaded transport.

Moving to the next jobsite? The hitch folds much easier and quicker than competitive units reducing the transport width to 11’6”. The best part? One-man can take care of this operation further increasing jobsite productivity.

The Speed Blade is available in working widths of 12’ and 16’. Whether just grading or leveling jobsites or firmly packing haul roads, the Speed Blade has the toughness and durability to get the job done.

The Next Level of Jobsite Productivity

To view manuals for previous versions of this or a different product line, click here.

Specifications subject to change without notice. 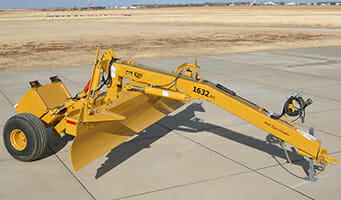 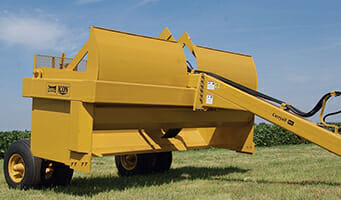 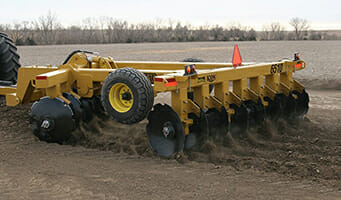 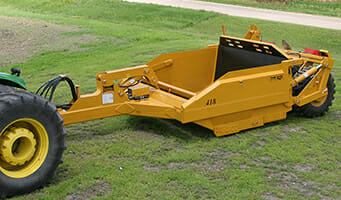 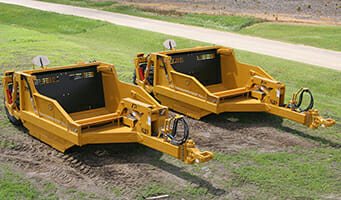 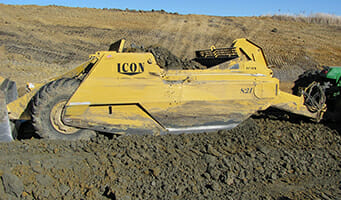 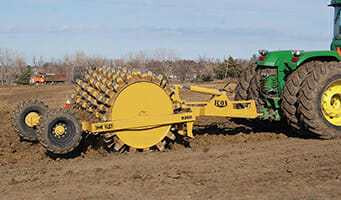